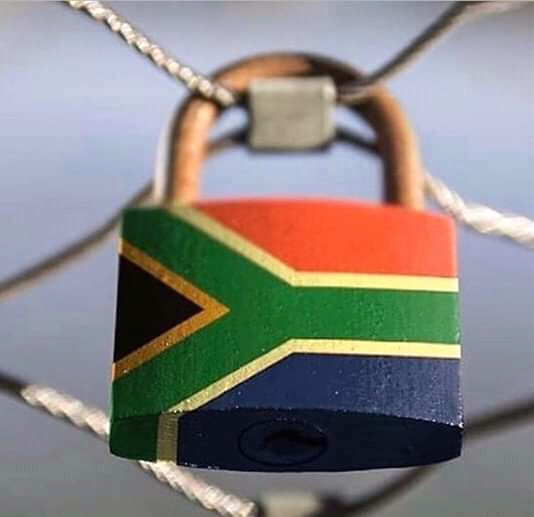 Black Economic Empowerment might have had a fair share of criticism for its many flaws even among its intended beneficiaries, but there comes a sudden closing of ranks against even the minutest attempt to disrupt the transformation agenda.

It is perhaps for this reason that the proposal by the Democratic Alliance that the BEE must close shop was scorned from different quarters.

The DA’s Preferential Procurement Policy Framework Amendment Act, or ‘Social Impact Bill’, submitted in Parliament in March as a private member’s bill, touched a raw nerve among transformation advocates who believe that BEE, notwithstanding its flaws, is a better evil.

As a way to reverse the economic imbalance caused by pro-white apartheid economic policies that favoured, the democratic government introduced black economic empowerment policy to bring the black population into the economic mainstream. The Black Economic Empowerment Commission which initiated it identified the need to substantially and equitably transfer and confer the ownership, management and control of South Africa’s financial and economic resources to the majority of the citizens.

Subsequently the Broad Based Black Economic Empowerment Act of 53 of 2003 was in-acted to serve as a guide in pursuance of an objective to advance economic transformation particularly black participation in the South African economy. But BEE policy received a wall of criticism from both sides of the economic divide.

To many blacks, on the one hand, it became an anathema to the very transformation of the economy because only a chosen few with political connections enjoyed its fruits. On the other hand, it was vigorously lambasted by its opponents particularly the DA as race-based policy that had no place in the democratic country.

The DA recently delivered a tirade against the BEE, which in turn was met with an equal force of criticism by the economic transformation advocates.  The party opposed what it calls “race-based redress policies of the government” instead proposed to have BEE completely stopped.

It argued in its draft Economic Justice Policy that excluding people merely on the basis of race stifled economic growth. The policy was expected to be adopted at the DA Policy Conference this month (April).

The DA itself had been on the receiving end of criticism for its wobbly BEE stance in the past. Its position is believed to have been the cause of exodus of many black members including its former federal leader, Mmusi Maimane who favoured moderated black empowerment.

The fact that its federal leader stepped down specifically over differences pertaining to transformation raised questions about the DA’s commitment to not only economic transformation to uplift the black majority but to redressing racial imbalance in general.

Ngwenya, who is hardly seen in public until close to the party policy conferences and elective congresses, Shadow Minister of Trade Industry and Competition, Dean MacPherson, along with DA federal chairperson, Ivan Meyer, another background figure in the party, had emerged as front-liners in the anti-BEE onslaught.

As she punched holes into the BEE, Ngwenya says their draft policy blue print: “This model has clearly not worked. What we do need to do however is to focus on the actual drivers of inequality on the ground, in other words the very material things that keep the average South African excluded from the economy, keeps them poor and without opportunity,” Ngwenya says.

Meyer believes economic inclusion should be the basis for economic growth and expansion of the economic participation. He says this is an issue that the DA policy framework emphasises.

Political analyst, Daniel Silke says the DA policy proposal was meant to appease its minorities but it won’t help the party to gain supporter among the black electorate. “For the DA it answers the call from its supporters, it touches on key aspects that many of the DA supporters are unhappy with particularly within the minority community obviously,” Silke said. According to the Analyst, there is a mounting body of evidence in South Africa the application of the BEE has been highly flawed. Academic, independent observers and many think-tanks had expressed this view and that BEE was seen as not a distributed opportunity equally to many South Africans but rather a tool to empower the politically connected elites.

“The questioning of the BEE academically had made it easier for the DA to embark up this policy recommendation given the fact that the ideological gloss of the BEE is no longer there. However BEE remains a critical party of the ANC policy, it is perhaps still a partial vote-catcher for the ANC going forward but not as much of a vote-catcher so as it used to be,” Silke says.

It is a policy recommendation that will strike at heart of the average DA supporter, certain in the minority community.

“Off course the question that has to be asked about the DA is the party now looking to shore up its minority support base or is it still on a mission to expand its foot print? The problem for the DA is that while the BEE policies are clearly increasingly being shown to have not worked, it still remains a difficult sell to the DA’s black supporters. For the DA this really buys into the minority interests within the party but it doesn’t really help the party on a broader basis if it is looking for more broad-based support particularly amongst the black electorate,” Silke says.

Introducing the Bill in Parliament in March, MacPherson argued the policy was at a UN model, based on the need and disadvantage designed to be more appropriate to redress the requirement of the Sustainable Development Goals (SDG) agenda. It would serve social and economic development for the most vulnerable members of society and do away with the abuse of procurement policy framework by the rich and political connected.

The party envisaged the law to be able to leverage a significant government procurement expenditure up to a trillion rand which was approximately 22% of our GDP. It sees the law as a catalyst for business to contribute to the realisation of the SDGs due to business incentives it offered.

But the ANC caucus dismissed the DA proposal and lambasted it for its “flip flopping” position on the BBEE resulting from its “ideological confusion” on the policy.

Responding to MacPherson, ANC MP Sharome van Schalkwyk says: “The ANC wishes to reiterate its consistent and unambiguous position on this policy instrument. We have continuously exposed the DA as a party committed to defending white privilege and preserving the status quo.” “For the DA to claim that they are ditching black economic empowerment (BEE), because it is “just not working”, is extremely misleading. It is an excuse for their own deep-seated resistance to economic transformation,” Van Schalkwyk says.

The DA proposal is most likely to be defeated by the ANC majority in Parliament.