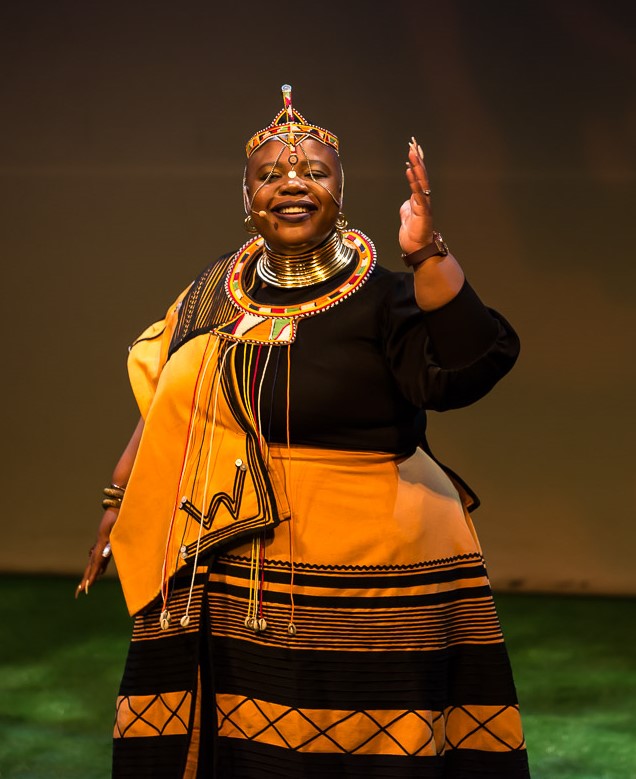 Storytelling has been used for many years to transmit important cultural information from one
generation to the next. Today the art of telling tales is used in marketing by many big brands to promote products.

Once upon a time there was a little girl who was born to be a storyteller but didn’t know it until she relocated to Johannesburg. Today she uses storytelling to impart wisdom, teach and to motivate people. And her name is Bongiswa Kotta!

Bongiswa was born in the Eastern Cape where her grandmother regaled her and her siblings with many stories. It was one of those stories that she will later use to unlock the doors of her storytelling career. Bongiswa’s family relocated to Bloemfontein where her parents ended up divorcing. “I grew up in Bloemfontein which is where I learnt how to speak languages such as Tswana. Then I went to Port Elizabeth to further my studies at Varsity College. However I couldn’t complete the course. Then I headed to Johannesburg where I was introduced to arts,” Bongiswa
recalls.

She continues: “Because our parents didn’t believe that art could be a career, I was forced to do Tourism at University of Johannesburg but I dropped out. Then I started working for Constitution Hills as their receptionist. A year later,
I was promoted to being an events coordinator. However, the same year that I started 2004, a manager of mine said to me, ‘You should be a storyteller,” she says.

When her manager mentioned storytelling, she had no clue what storytelling was all about. She went on Google, did her own research and found out about Zanendaba, a company founded by Gcina Mhlophe in 1991. She wasted no time and called them right away. When they kept telling Bongiswa they were not looking for a storyteller, she was not discouraged. She kept calling them; again, and again. And after three months of calling relentlessly, Zanendaba called her back and offered her an opportunity that would change her life forever. Today Bongiswa is one of the renowned storytellers and has trotted the globe doing what she is passionate about; telling stories brands to promote products.

She says what drives her passion is the feedback she gets from her audience. “The action of the audience, the smiles on their faces, and how people are receiving my stories is what inspires me. But it depends on the audience and the kind
of story that I tell. I tell stories in prisons, cultural events and so on,” she explains.

Bongiswa works full time for Freedom Park as their storyteller. According to Freedom Park’s website, the organisation strives to accommodate all of the country’s experiences and symbols to tell one coherent story. “Whenever we host visitors, depending on the things that we do, I’ll tell stories. But I am also part of Nantsindaba Storytelling and Motivation that I co-founded. We also train corporates to use storytelling to sell products, and for human resources to use to solve problems,” she says.

One of Bongiswa’s highlights was when she was recognised as an International Storyteller. In addition to that, she qualifed as an interpreter and sign language instructor. “I have started doing storytelling in sign language. My first highlight was when I went to an old age home, and one of the old ladies in a wheelchair got so excited. As I am a very bubbly person, I always bring out that part of my personality every time I perform my storytelling. I always put God frst whenever I do my performances. So that’s the energy I bring with me,” Bongiswa says.

“Language barrier is still one of my challenges. Sometimes you tell stories to children who are living with disabilities. Most people still believe storytelling is for children, but it is for everyone.”

She says her secret is knowing how to open up her heart to her audience, and do everything “wholeheartedly” and not focusing on what she is earning but what she is leaving people with.