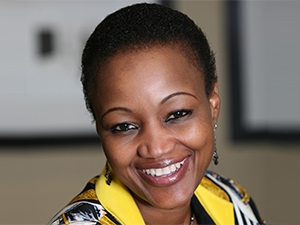 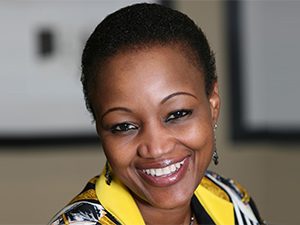 One would think that most grade 11s will spend the upcoming school holidays relaxing, having fun and forgetting about school, but 180 Northern Cape grade 11 learners who have shown a particular aptitude for mathematics will do something completely different. They will spend their time exercising their brains at the Northern Cape development camp held by the South African Institute of Chartered Accountants (SAICA) and sponsored by BANKSETA and the Square Kilometre Array (SKA). This camp is just another way SAICA is working to address the quality of South Africa’s education system.

SAICA says it sees itself as a key stakeholder of the country – one with a vested interest in improving the quality of education, especially in mathematics. It has turned this strategic priority into action. For the past 15 years, SAICA has been offering academically talented, yet financially disadvantaged, Gr 11 and 12 learners additional academic support over the school holidays through its provincially-run SAICA Development Camps. Over 2 700 learners attended these countrywide camps in the June-July holidays and now it is the turn of learners in the Northern Cape to gain this extra support for the final stretch of their high school career.
The camp, which takes place from 1 to 7 October 2017 at Upington High School, will provide learners with extra lessons to improve their mathematics, science, accounting and English aptitude. Learners are also offered life skills training and career information to help them make wise and appropriate career choices.

Senior Executive: Transformation & Growth, Gugu Makhanya explains why SAICA has undertaken this task: ‘When it comes to scarce-skill professions like medicine, engineering, actuarial science and chartered accountancy, the pool of learners who are academically talented enough to apply is a small one. The percentage of those learners who are black or coloured is even smaller. It is therefore essential that SAICA does what it can to assist and to grow the pipeline of the disadvantaged learners who wish to study towards a career in chartered accountancy.’

Makhanya continues: ‘Collaborating with key partners in the provincial departments of education, members of the accounting profession, representatives from universities and institutions such as the Financial Services Board, as well as various other professions, SAICA’s aim is to help improve learner proficiency in subjects like mathematics and science in order, ultimately, to improve the quality of passes that high school learners achieve in these subjects. We also find that, due to the mock exams learners participate in at the camps, they are better prepared for their exams later in the year.’

This, Makhanya says, is evident when you analyse the matric results of past camp attendees.
SAICA’s records reveal that camp attendees are often at the top of the matric results list at the end of the year.
For example, in 2016, Mpumalanga Development Camp attendee Busisiwe Sibiya, achieved six distinctions in her final matric exams. Sbongiseni Zondi, who attended the KwaZulu-Natal Development Camp, scored three distinctions and achieved full marks for accounting.
‘We expect similar results from the leaners who will be attending this year’s camps,’ adds Makhanya excitedly.