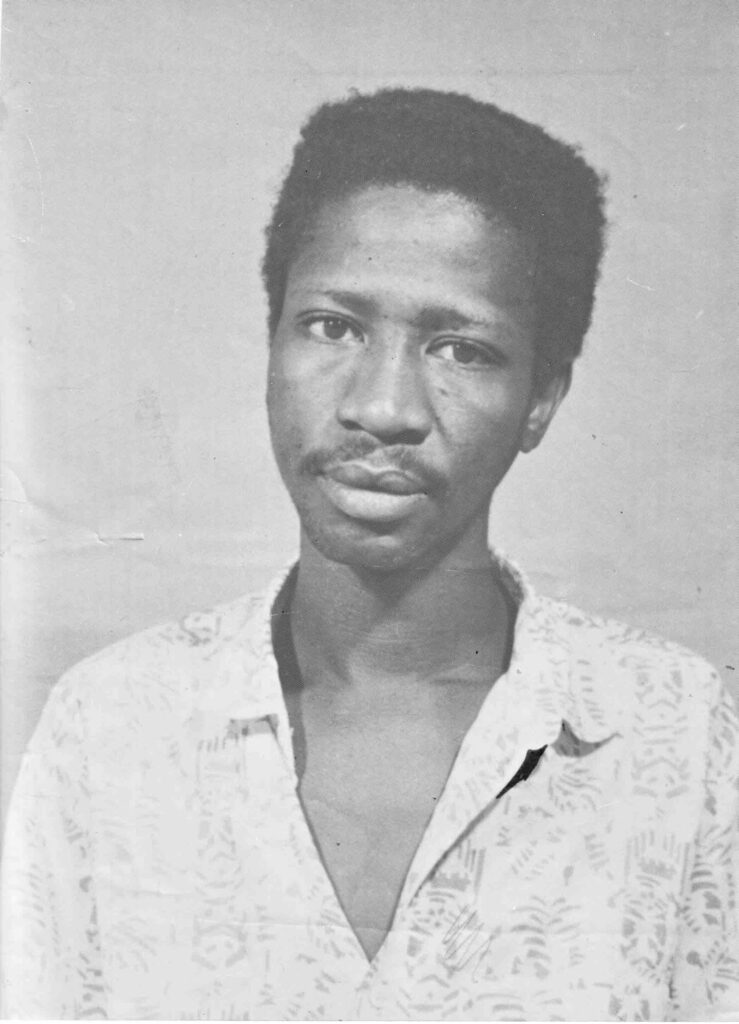 Nume Mashinini is a social scientist and the younger brother of the late Sibusiso Saul Mashinini. The Mashinini brothers were part of the 1976 Youth Uprising. Sibusiso who was 15 years old at the time played the lead role in the show directed by Seth Mazibuko “Who is to be blame”. He left the country soon after the June 16 students’ protest to join the uMkhonto Wesizwe in Swaziland. He was trained in Piervalne, in Ukraine, in the USSR and deployed to ordnance. In 1990 his family received news of his mysterious passing.

Nume recalls the days leading up to the last conversation with his brother in the country.  He was in standard 3 (Grade 5) at the now-demolished Khanya Higher Primary School in Orlando East, Soweto. He remembers seeing Sibusiso Mashinini, Seth Mazibuko, and other young members of the Soweto Student Representative Council (SSRC) and the South African Student Movement (SASM) at his home preparing placards and banners for a day he had no idea would change the lives of black South African students forever.

“I remember getting ready for school on June 16, 1976, despite my brother warning me not to go to school. The school day began normal. Just after the assembly, we walked to our respective classes. An hour or so into the lesson we heard a lot of commotion outside the school. I remember seeing the fear and confusion on my teacher’s face. She quickly ran outside returning after a short while to tell us to go home.” – Nume Mashinini

It has been 46 years since the Soweto Youth Uprising and 32 years since the passing of Sibusiso Mashinini. In celebration of this year’s Youth Day, Mashinini’s family and fellow uMkhonto Wesizwe soldiers gathered at his home in Orlando East, Soweto, to pay homage to his memory at the unveiling ceremony of a plaque dedicated to his contribution to the liberation of the country.

Nume describes how his older brother left the country at a tender age, giving up his youth to fight an unjust government. Nume goes into great detail about how the apartheid government’s suffering pushed them to mature quickly. According to him, the apartheid system left many black South Africans broken. To this day, these scars are still festering and have stayed with them into parenthood. In addition to eulogising the 1976 generation for being well ahead of their time. He cautions against judging today’s youth harshly.

Nume Mashinini combines his academic knowledge with his passion for South African history and creative writing. He has co-authored a South African history text book and his currently finalising his novel for publication. He describes it as fiction with autobiographical elements. The novel is dedicated to the unsung heroes of the struggle as well as his brother.