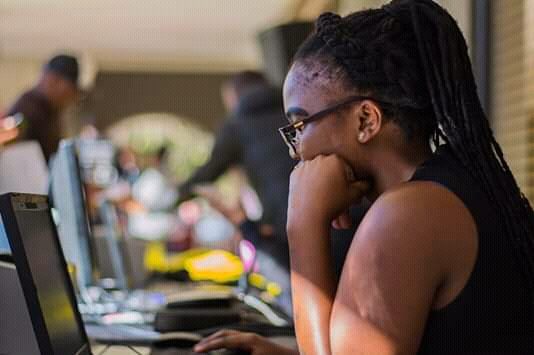 As per my previous columns, I encourage small business owners to look for funding when they want to grow their businesses. However, I’ve been asking myself this question for a long time now – if it is that easy for SMMEs to access funding from institutions assigned to assist small businesses.

In the past, I’ve taken the time to look at what is needed when seeking funding – the number of required documents could make anyone feel despondent even before starting the process of applying.

When I look at my literacy and education level, one would think that it would be easy for my kind of business to apply for funding – unfortunately, this is not the case. After I saw the long list of documents required for SMMEs to apply for funding, I took one look and thought to myself that the level of bureaucracy involved in this process did not encourage me to continue with the process.

The process is not user-friendly, and some of the required documentation needs us to pay money to get hold of it. Some of the documents required include company registration papers, a business plan, tax and BEE certificates and audited financial statements, to name but a few. Most SMME owners cannot do their audited financial statements – they need to hire a qualified accountant or CA(SA) to produce these, and this process doesn’t cost anything less than R10 000.

Most SMMEs who own informal businesses are not literate enough to do their tax, too, so that process also needs to be outsourced to a tax consultant – this, unfortunately, costs money. Mind you; this is money that most SMMEs do not have.

So, I’m asking myself another question: if I find this process so daunting and expensive, how much more for those who are less literate or not as educated. The process is made to be so complicated and daunting that most of us don’t see the point of even going through the pain of applying.

Every year during the State of the Nation Address (SONA), we all listen attentively to the promises being made to simplify the processes for small businesses so that there’s less red tape. Unfortunately, we have not yet seen these promises in action.

Sadly, when talking to other entrepreneurs, we have not heard any small business owners saying that their businesses were helped by the departments or organisations assigned to assist SMMEs. If I’m wrong and there are some SMMEs that these organisations have assisted, then, by all means, I would like to encourage them to share their testimonies and how they have managed to make these processes work for them.

During the recent SONA 2022, President Ramaphosa announced that policymakers are reviewing the Business Act and other regulations to reduce the regulatory burden on businesses. He also announced that he had appointed a team led by former Exxaro chief executive Sipho Nkosi to cut red tape across the economy.

This newly appointed team has been mandated to work with government departments and agencies to unblock investment and business growth obstacles.

As SMMEs, we listened to the speech with caution because a lot of announcements have been made in the past that have not been implemented on the ground. A perfect example of this is the announcement made to ensure that SMMEs are paid within 15-days of submitting their invoices for work done with government departments.

I have in the past worked on government projects where I was sub-contracted by other business associates. Unfortunately, because we struggled to get our payments from these government entities, I ended up writing off some of these monies as bad debt because I could see that there was just no intention to pay us after the work was done. We were sent from pillar to post until we gave up.

As business owners, we try not to be negative when these announcements are made, but we can’t help but be cautiously optimistic. We are now observing to see if Mr Nkosi’s task team that has been appointed by the President will really help make it easy to do business with the government in the country.

My plea to the President and his support teams is to police this process and check that every department has bought into this vision of making processes simple for businesses and ensure that this is implemented on the ground. It would be nice to see some testimonials coming out of this process where companies give credibility to this year’s announcement.