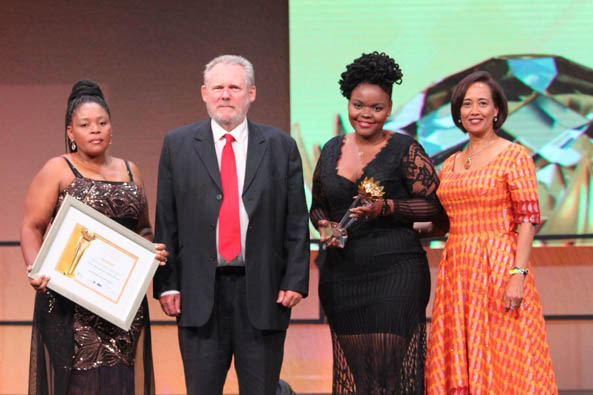 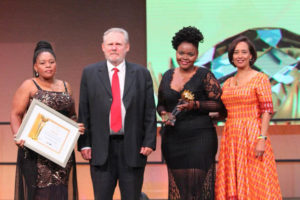 A Boksburg-based Gauteng company scored a double when it scooped two awards at the fifth edition of the South African Premier Business Awards. Winners were announced at the awards ceremony that was hosted by the Department of Trade and Industry (the dti) in partnership with Brand South Africa and Proudly South African at the Sandton Convention Centre tonight under the theme Rewarding Business Excellence.

According to the Minister of Trade and Industry, Dr Rob Davies the awards recognise and reward the contribution of the country’s companies in growing and transforming the South African economy.

Thata Ubeke Manufacturing which manufactures electrical and electronic sub-systems for the domestic and export markets romped home with the Black Industrialist and Manufacturer Awards. It was for the second time in a row that the company won the Black Industrialist Award. The award is for companies with a high level of black South African ownership and operate in a manufacturing sector identified in the Industrial Policy Action Plan (IPAP) as key for the growth of the SA economy.

“This year the South African Premier Business Awards acknowledge the Black Industrialist Award as its prestigious main category. In doing so, government is demonstrating its commitment to supporting and increasing the participation of black people in the industrial space,” said Minister Davies.

The Chief Executive Officer (CEO) of Brand South Africa, Dr Kingsley Makhubela said: “We are very proud to have successfully awarded businesses that are contributing positively to the economy and the various communities. These businesses truly understand the importance of making positive strides to the contribution of South Africa’s global competitiveness. Congratulations to all the winners.”

CEO of Proudly South African, Mr Eustace Mashimbye said: “Apart from our own Proudly South African prize we are delighted to see another member company amongst the winners. We acknowledge all the companies that fly our flag and work to build local procurement levels, in so doing creating jobs. We congratulate all the entrants and especially the winners”.