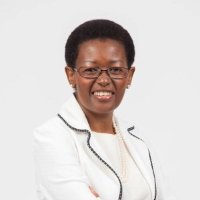 Life Healthcare Group, owners of over 64 hospitals in South Africa, have appointed a new social, ethics and transformation committee chairperson, following the resignation of long-serving director, Louisa Mojela. Louisa has served as a director in numerous companies, which include Sun International, Distell and South African Real Estate Fund, she is chief executive officer of Women Investment Portfolio Holdings (Pty) Limited.

Ms Mojela joined the Healthcare giant in June 2010, and has played a crucial role in ensuring it achieves the sustainable transformation and sound corporate responsibility it is committed to. Ms Mojela’s resignation effectively disqualifies her from being appointed as a member of the board’s Audit Committee, per resolution 3.2 of the notice of annual general meeting.

Board Chairperson, Mustaq Brey, thanked Ms Mojela for her valuable contribution and wished her the very best in the future. “The board is pleased to announce that following the resignation of Ms Mojela, Mpho Elizabeth Nkeli has be appointed as chairman of the social, ethics and transformation committee with effect from 25 January 2017’, he said.

The company has also appointed Peter John Golesworthy as a member of the social, ethics and transformation committee with effect from 25 January 2017.

Nkeli, who has an MBA and BSc (Environmental Sciences), has previously served on the boards of Alexander Forbes Group, Joburg City Parks and Vodacom South Africa. She currently serves on the board of Impala Platinum and is an Associate Director at Search Partners International, the oldest Executive search and Board Practice Firm.