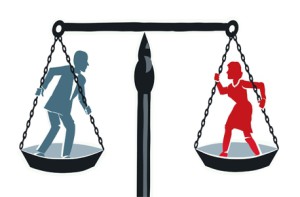 This month is acknowledged as a tribute to the 20,000+ women who marched to the Union Buildings on the 9 August 1956 with one goal in mind – equality. These women marched to protest the extension of the pass laws to women, and laid the foundation for feminism and the advancement of gender equality across the nation.

According to the government, significant progress has been made in empowering women in political, public and educational spheres – but the marginalisation of poor women severely compromises progress. Transformation continues to be a challenge in the workplace, as there is still a low percentage of women in senior positions in corporates. A report by the Commission of Gender Equality on South Africa’s immigration statistics, revealed that half of the people who left the country for professional reasons were women.

According to the chief executive officer of the finance and accounting services sector education and training authority (Fasset), Cheryl James, a number of factors have contributed to the demographic changes which have occurred in the financial and accounting services sector over the last 10 years. “In terms of policy interventions, the implementation of the Employment Equity Act (EEA) 55 of 1998 is one of the key milestones in policy interventions that have forced the sector to adopt a new approach,” confirms James. “The EEA defines the designated groups, or recipients of EE opportunities, as all black employees, women and people with disabilities.”

In the finance and accounting sector, strides have been taken to change the sectoral landscape, making way for a more balanced, transformed and educated workforce. Guiding this expedition, Fasset has developed and adapted the skills strategy in the sector, with the ultimate goal of upskilling the nation. Fasset has ensured this by adopting a strategy that seeks to increase the participation of black people and people with disabilities in the sector – and the shift in demographics is evident as Fasset’s transformation objectives are being progressively achieved.

In 2013, authority’s board has approved the African black-only funding strategy to ensure that the transformation momentum is maintained. Considerable inroads have been made to transform the demographic profile of the sector, especially learners on Fasset learnerships. “In our second year of operation (1 April 2001 to 31 March 2002) 29% of learners were black; as at 31 March 2015 the number of learners has increased to 72%. The sector now boasts a 41% growth rate of black professionals in the sector,” says James.

Chantyl Mulder, executive director: nation building at the South African Institute of Chartered Accountants (SAICA), confirms that by building a refreshed pipeline of candidates phenomenal results have been achieved. “The demographic profile of women in the profession is fabulous. Of our African members who qualify, 50% are female.” In fact, records show that 52% of SAICA’s certificate of theory in accounting (CTA) student intake are women. Mulder is careful, however, to warn candidates against trying to fast-track transformation, by accepting positionsfor which they are not yet qualified.

Taking charge of their own futures

The International Labour Organisation (ILO) surveyed 1,200 companies in 2013, which showed that although what was referred to as “only a handful” of South African women held chairperson positions, the fairer sex was well represented in terms of management, senior management and executive level positions in the finance and accounting services sector. To James, the key is for women to take charge of their own futures, address their skills gaps, and take on the workplace with fiery determination. “The support is there, the glass ceiling has been shattered, and women can and should pursue professional careers – if that is what they personally desire.”