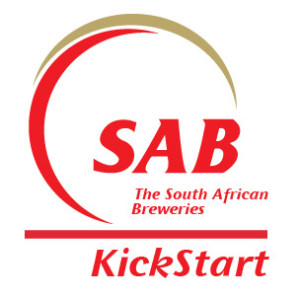 The three programmes are SAB KickStart Ignite, SAB KickStart Boost and SAB KickStart Elevate, each targeting youth-owned businesses with different areas of focus and at varying stages of operation.

This three-pronged approach and commitment to enterprise development is aimed at supporting the emergence of strong and sustainable businesses able to make a contribution to SA’s economic transformation.

This will be done by providing a combination of support, including business skills training, business development support, mentorship and grant capital, as well as low interest seed capital loans in the case of SAB KickStart Boost and SAB KickStart Elevate.

“The new SAB KickStart model, we believe, will move the company’s support of small youth-owned businesses further in alignment with the country’s national objectives and goals to make more jobs available and encourage sustainable entrepreneurship as its driving force,” says Mpho Sadiki, SAB head of sustainable development and transformation.

Some of SAB KickStart’s successes over 20 years include supporting, at a total investment of over R90m, 24 558 entrepreneurs and the creation of 3 458 youth-owned businesses which have each created an average of 6.7 jobs.

According to an independent impact study done in 2013, at least 84% of all businesses which participated in SAB KickStart were still in operation after three years.

The three new programmes are aimed at building onto the strengths and successes of SAB KickStart.

This programme will target those young entrepreneurial makers of innovative products or services, and who through support from the programme, including incubation, grant funding and business support, can act as a pipeline for SAB KickStart Boost.

This programme will support and grow youth businesses within key local industries that have the ability to create high volumes of jobs.

Eligible participants will be exposed to a combination of business training, business development support and mentorship, low-interest loan funding and grant funding.

The core SAB KickStart Boost industries are those identified at a national level by government as having the greatest potential to create jobs at the level required to lower the country’s unemployment rate, include agriculture and food processing, renewable energy, mining and minerals and construction.

The third tier in the enterprise development model, SAB KickStart Elevate, is aimed at young established businesses requiring further acceleration in order to become suppliers to big business in South Africa through a combination of business development support, mentorship, competitive, non-collateral and low interest loans offered by the programme.

Entries for SAB KickStart Boost have opened and eligible young entrepreneurs between the ages of 18 and 35 can apply here.