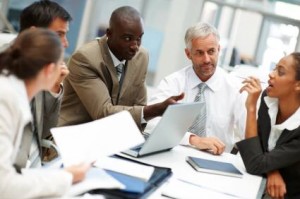 The minister was speaking after the release the 11th Commission for Employment Equity (CEE) Annual Report, which showed that whites were still dominating top management level positions.

Oliphant said opportunities that arose as a result of staff movement in top and senior management levels continued to benefit the same groups that are over-represented at those levels.

“The data presented paints a bleak picture for Africans, coloureds, in particular African women and people with disabilities, whose representation stands at 0.8%,” Oliphant said.

CEE Chairperson Mpho Nkeli said the report was disappointing, adding that there was a need for harsher penalties to be imposed on companies not adhering to Employment Equity law.

“There is a need to deal with discrimination at workplaces,” Nkeli said.

However, Nkeli acknowledged that there has been a better understanding of Employment Equity by companies.

She echoed the same sentiments that harsher penalties should be imposed on all those who do not comply with the law.

Nkeli said blacks should be afforded an opportunity to gain experience at top level management.

“No one is born with experience,” she said.

Companies with less than 150 employees were not required to submit employment reports.

The reports covered sectors which include Retail and Motor Trade, Community/Social/Personal Services, among others.

Although the Commission did not receive reports from all companies, it said it was still expecting them.

Nkeli said she was disappointed on the low numbers representing people with disabilities, saying that must change.