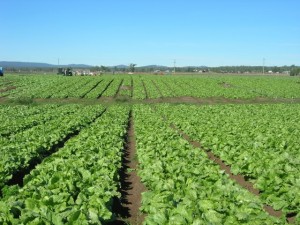 There are huge opportunities for banks to get involved in the transformation of South Africa’s agricultural sector by providing finance to small-holder farmers and farm workers, and advice to established farmers seeking black economic empowerment (BEE) partners.

This is according to Standard Bank, which foresees an increase in BEE activity in the country’s agricultural sector in the medium term as large-scale farmers come under more pressure to comply with transformation requirements.

“Most big farmers produce for the local market, especially large retailers, who are now insisting on their suppliers being more compliant with BEE requirements.”

He said Standard Bank was considering financing farm worker equity stakes, especially in the Western Cape province, where “there is a huge appetite” among existing large-scale farmers to have black equity partners.

Mokgojwa added that the bank was on track to advance the R500-million ring-fenced credit line it announced last year as part of its strategy to assist small-holder farmers, with a number of funding projects nearing completion.

The fund forms part of the bank’s strategy to empower black farmers to become part of mainstream agriculture, and its broader transformation plan.

“It’s critical that sector partners such as [the] government, commercial farmers, suppliers and communities work together with each doing what they’re best at.”

Standard Bank has under consideration projects in the sugar, citrus, livestock and grain production sectors, and should have more news on some of these projects over the rest of 2011.

“The overarching goal with the ring-fenced credit line is to make finance accessible to the right entrepreneurs,” Mokgojwa said. “We are hoping to provide banking services and financing to more black farmers or black consortiums buying stakes in existing entities.”
southafrica.info

One thought on “Opportunities in Agri-BEE”