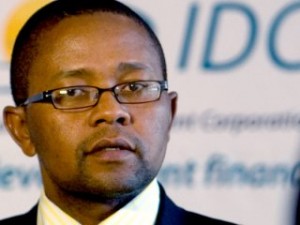 The Industrial Developmental Corporation (IDC) approved funding of R8.4-billion for the year ending March 2011. The funding, its highest ever for South African-based investments, is expected to create up to 20 000 full-time jobs and save an additional 11 000 jobs.

“This is the highest level ever for South African-based investments,” the IDC said in its annual financial results, published on Thursday.

“An additional 8 100 jobs are expected to be created through direct linkages to activities in the informal economy.”

The IDC posted a R2.7-billion profit due to improved profitability from operations, performance of equity accounted investments, containment of operating expenses and lower impairments.

The IDC said the South African economy had recovered steadily from the recent recession, with the pace of growth gaining momentum towards the latter part of 2010 and firming in the opening quarter of 2011.

“We have retained our focus both on preserving and growing high-impact manufacturing capacity, and have succeeded in improving our impact on job creation,” IDC CEO Geoffrey Qhena said.

Of the total amount of funding approvals, 97 percent were in the priority sectors identified in the government’s New Growth Path (NGP), including manufacturing, infrastructure, agriculture and the mining value chain.

Forty-nine percent of funding approvals went to developments in provinces other than Gauteng, Western Cape and KwaZulu-Natal in order to ensure provincial equity.

“The IDC continues to leverage its portfolio to improve development outcomes. This includes creating ring-fenced schemes to subsidise industry development, such as the R10-billion Gro-e-Scheme with concessionary terms aimed at job creation, which was launched in February 2011,” said Qhena.

Over 17 000 jobs were created and saved as a result of the R2-billion UIF scheme launched in May last year, R1.5-billion of which has already been approved.

The corporation has also approved R4.1-billion of the R6-billion allocated to assist companies in distress.

“IDC will make available R102-billion over the next five years for investment. To achieve this level of investment, the partnership of various stakeholders and social partners is key. These include businesses, co-funders, labour, government and civil society,” said Qhena.