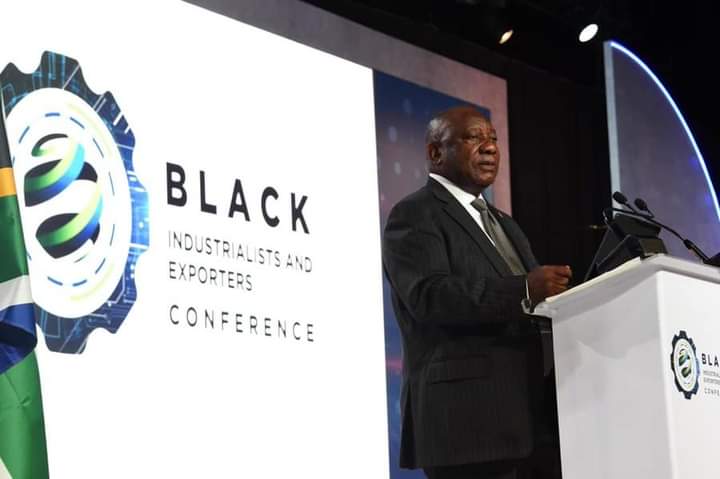 The 20th of July 2022 was a watershed moment for black business. It was a day that will go down in the annals of history as the first day the ‘Black Industrialists and Exporters Conference’ was ever held.

According to President Ramaphosa, the Conference aims to ramp up transformation efforts as black entrepreneurs face economic barriers due to concentration, ownership patterns, and exclusion from major value chains.

“This inaugural Black Industrialists and Exporters Conference is an opportunity to reflect on progress in advancing redress and equity in the South African economy. It is an opportunity to discuss what we need to do together to expand the frontiers of economic transformation for the next decade and beyond,” said Ramaphosa during the inaugural Conference in Sandton,” the president said.

Ramaphosa reminded delegates that next year would mark 20 years since the Broad-Based Black Economic Empowerment Act was promulgated.

“Over the past 11 years, black enterprises have been supported to the value of R55 billion. Estimates by the Industrial Development Corporation suggest that the socio-economic returns of this programme have been even more far-reaching. This includes supporting and creating some 55,000 jobs and adding over R160 billion to our country’s GDP,” Ramaphosa revealed.

“Small businesses continue to benefit from preferential procurement by the state and receive support to grow and expand. The worker shareholder regime also continues to improve. A study by the DTIC found that companies with employee stock ownership plans employ at least 450,000 workers,” he continued.

The Black Industrialists and Exporters Conference highlighted how BBBEE enables growth and job-creation strategy, specifically on its value to the economy. The programme has empowered over 900 black industrialists, including new entrants, women, and youth in competitive industries.

“These successes are testament to a shared commitment to transformation and deepened collaboration between the state, the private sector, and other actors in the economy. And yet as much as we are working to achieve the vision of the Freedom Charter that all shall share in the country’s wealth, we have not yet overcome the structural defects of our economy,” Ramaphosa said.