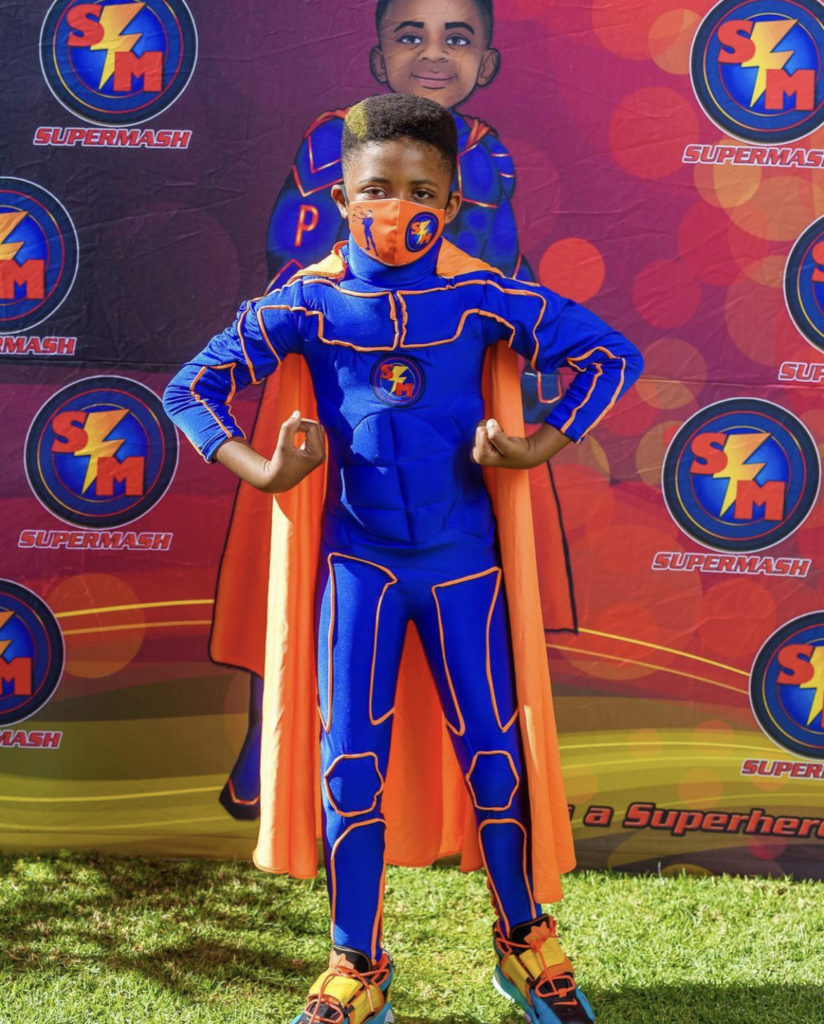 Supermash (Prince Mashawana), the First Black Child Superhero, Wants To Save The World One Kid CEO At A Time. Under the Kid CEO Programme, he is expected to make a significant impact on the creation of new businesses and SMME’s.

Africa’s first black superhero plans to release the much anticipated Diary of a Superhero: Kid CEO Programme, this is the first book in the series of books to be released over the next few years.

A Kid CEO is a super kid that believes so much in their ideas and dreams, they start a business in order to make a positive difference in the world.

The purpose of the book is to encourage kids and teenagers to start their first business while they still at school. “Entrepreneurship can change the world, I started my first business a while back and the lessons I learnt have helped me become so much better.” – said Prince Mashawana (SuperMash)

The book outlines some fundamental tools and strategies kids can use to gain some valuable experience in starting, managing and growing a successful business venture. The programme teaches kids how to brainstorm brilliant business ideas, how to design a logo, register a company, learn how to budget and most importantly how to make a sale.

“One of my favorite chapters in the book has to be the tips on how to keep customers happy, getting that first sale will feel great but remember you want your customers to keep on coming back.” – said SuperMash

The book will come at a time where South Africa is in need of more SMME’s, as they are seen as the solution to curb the high unemployment rate in the country.

The unemployment rate has hit a record high of 34.4% or 7.8 million jobless people. Stats SA released the Quarterly Labour Force Survey this is the highest unemployment rate recorded since the survey started in 2008.

President Cyril Ramaphosa has placed inclusive growth, transformation and job creation at the centre of the government’s agenda. One of the key enablers of this vision is a capable state envisaged in the National Development Plan (NDP).The NDP expresses an important aspiration: That is, by 2030, 90% of all jobs should be created by small, medium and micro enterprises (SMMEs).

The CEO Initiative’s Small, Medium Enterprise (SME) Fund calculates that to achieve the NDP target of 6% unemployment and 11 million jobs by 2030, South Africa needs 49 000 SMEs growing at a rate of 20% a year.

The Diary of a Superhero: Kid CEO Programme is expected to make a significant impact on the creation of new businesses and SMME’s. The book will launch in the first week of November in leading bookstores nationwide and globally.