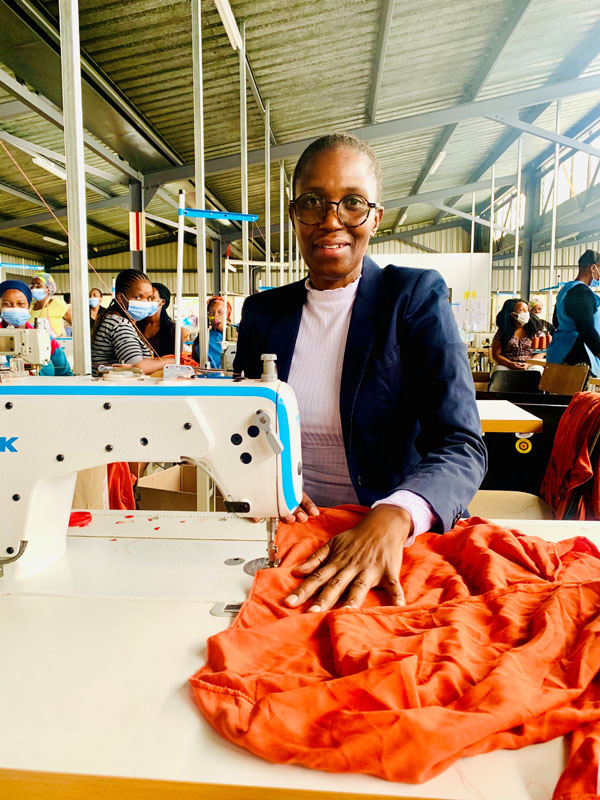 The South African Retail-Clothing, Textile, Footwear and Leather (R-CTFL) Value Chain Masterplan has brought optimism and delight to many women in rural Keates Drift in Msinga, KwaZulu-Natal. The area, which is one the poorest in South Africa since its shoe factory closed its doors 26 years ago, and left 3000 families without any source of income, is slowly building its way up in the clothing and textile sector.

Speaking from her factory, Mntungwa said the Health and Welfare Sector Education and Training Authority (HWSETA), which was responsible for all its training and skills development requirements, came to their rescue in 2019 when they were able to implement skills training in Msinga.

“HWSETA has now aligned with government (R-CTFL) Value Chain Masterplan by giving the rural communities a chance to participate in skills programmes especially in clothing and textile. Skills transfer is a sustainable gift that can empower people to become income generators and survive during difficult situations,” says Mntungwa.

According to Mntungwa, HWSETA has also identified 19 co-operatives which have 800 youth and women in rural areas across South Africa to enhance their skills in clothing and textile, so that they are able to manufacture for retail stores. She said government is also encouraging retail stores to source products locally and invest in the clothing and textile sector through the masterplan.

Stakeholders in the sector have since committed to growing the market for local CTFL producers. The agreed target is to grow total CTFL retail sales to R250 billion in 2030, with local CTFL share increased to 65% of sale in order to support R69 billion local CTFL procurement that deliver a total of R-CTFL employment of 333 000 workers including 165 000 CTFL formal sector manufacturing jobs.

Retailers made a commitment to a target to grow local CTFL share of sales to 65% in order to support R69 billion local CTFL procurement that delivers total R-CTFL employment of 333 000 workers including 165 000 CTFL manufacturing jobs.

The Department of Trade, Industry and Competition (the dtic) also afforded Mntungwa a training opportunity to China in order to be trained in Clothing and Textile, including Cotton Processing in Minjiang University, in Fuzhou, China.

Msinga Clothing Factory, which employs 100 women on site, is currently making garments for the Foschini Group, Mr Price, and Ackermans and Mntungwa has since been nominated by HWSETA to mentor other projects in the rural areas of South Africa.

According to the Deputy Minister of Trade, Industry, and Competition, Ms Nomalungelo Gina, the South African R-CTFL Value Chain Master Plan to 2030 is focused on actions of all stakeholders and mechanisms to monitor its implementation so that we are able to improve and grow the CTFL sector – thereby creating meaningful employment and socio-economic development.

“The Master Plan will represent the first commitment from a broad array of retailers to buy local, driving local manufacturing and employment. To achieve the objectives of the Master Plan, the industry will to need to rethink and re-invent itself so that each of us makes a substantial contribution and we all benefit. It will require commitment from all stakeholders, including retailers, manufacturers, workers and government,” says Gina.