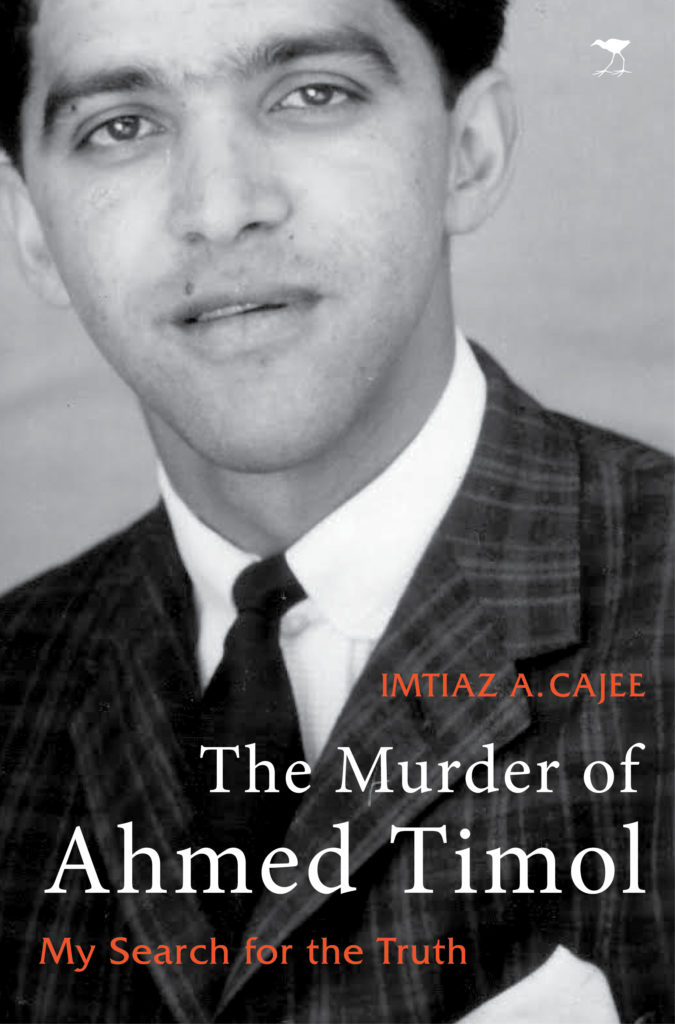 If you are desperate to escape the never-ending negative news cycle, a book can provide the perfect escape.

One of the books you should read during lockdown is The Murder of Ahmed Timol: My Search for the Truth by Imtiaz A Cajee that was published in March 2020.

Ahmed Timol was 29 years old, a few days short of his 30th birthday, when he was killed in police detention on 27 October 1971. A year later, an apartheid-era inquest led by Magistrate De Villiers, found that he had committed suicide by jumping out of the window of Room 1026 on the tenth floor of John Vorster Square. This is where he had been interrogated.

In 1996, Cajee watched his grandmother at the Truth and Reconciliation Commission (TRC) plead for information about what really happened in vain. He made a vow at that time to do everything possible to have his Uncle Ahmed’s case reopened. In 2009 he called for the reopening of the inquest and finally, 42 years after Timol’s death, a new inquest found that Ahmed Timol had indeed been murdered.

Cajee describes Ahmed Timol’s last days  in detail, including the roadblock that was set up to catch him and his treatment by the security police, who seem to have despised him for having been educated,  an Indian and a communist.

The book is based on painstaking research that took years to complete – provides previously unpublished material on his uncle’s political activities, the people he loved and his commitment to a non-racial and free South Africa.

Advocate Howard Varney, representing the family, said, “We will argue that Magistrate De Villiers, in averting his gaze from the truth, acted disgracefully. He disgraced the legal profession and he disgraced his judicial office. Regrettably, your Lordship, this is not the only example where an apartheid-era court has acted in such a manner. Indeed, examples abound” Varney asked, “Why did these families have to wait 42 years for this day? Why had the promises of the constitutional compact to victims not been met? Why have virtually all the cases from the apartheid years been abandoned by the authorities? Why did the Timol family have to move heaven and earth to get this inquest off the ground?” And why, he asked, why was it that the decision makers behind police atrocities and death squads did not face the justice of New South Africa?

Among the people who wrote a foreword of the book is CEO of the Steve Biko Foundation, Nkosinathi Biko. “This book provides us with the story of Timol and the journey of Imtiaz Cajee. In giving us this gift, I am acutely aware of how much Imtiaz has had to give of himself, for the act of giving is as draining as it is fulfilling. May he take a well-deserved turn to lean on the emboldened shoulders of his fellow travellers as we all walk the restof the road to justice,” he writes.