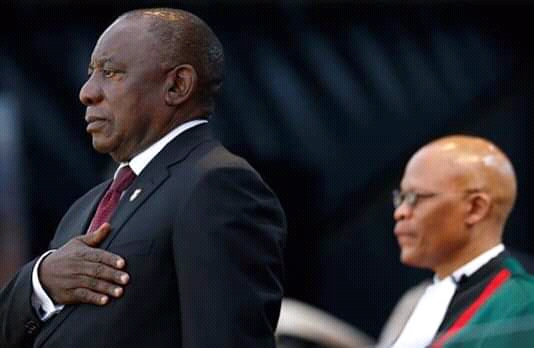 The economic disruption related to the coronavirus continues to impact South Africa’s economy negatively for the first time since 2009.

Last month President Cryril Ramaphosa announced measures aiming to offset the economic costs of the virus. The most significant measures include a temporary employee relief scheme and a new national disaster benefit, whereby the state will tap the reserves of the Unemployment Insurance Fund (UIF) to subsidise wages of workers at firms in virus-related distress.

“We are now embarking on the second phase of our economic response to stabilise the economy, address the extreme decline in supply and demand and protect jobs.

As part of this phase, we are announcing this evening a massive social relief and economic support package of R500 billion, which amounts to around 10% of GDP,” Ramaphosa announced this week.

The Association of Independent Publishers (AIP),  a membership association that represents grassroots community newspapers, has written an open letter to the president office .  In the letter, the association highlights its concern about the print media fraternity being sidelined by MDDA.

Read the letter below:

It is with deep regret and anguish that the Association of Independent Publishers (AIP) is writing this  letter. As the president has made several announcements regarding economic relief to South Africans during this testing time, it seems that community print media is yet again forgotten.

In all of the relief measures the president has made, independent community media has been sidelined and it is clear that the president does not regard the sector as an important contributor to not only the economy, but the communities it serves.

The Media Development and Diversity Agency (MDDA) is yet again playing hide-and-seek at a crucial time. It recently announced an emergency relief fund and gave our members less than three days to apply. The conditions on how the money was to be used were not only unclear but completely absurd.

The emergency fund was a clear indication that the MDDA is out of touch with realities on the ground. We are to this day not clear how many publications received the grant and if there will be any further  relief offered. The MDDA has shown that it does not care about the print sector and is willing to see it die a slow, painful death.

I am sure that as the economy is going through the current challenges, it is well known that

corporations are to cut advertising spend which is a huge income loss for the community print sector.

Something the government, MDDA and the Minister of the President is simply ignoring.

Our print members are still waiting to see a directive that will push government departments to place advertising in community newspapers, which was promised to the sector, more than a decade ago.

The issue of advertising is a sign of lack of political will by those in power to help keep the sector afloat.  We are also very distraught that the money that the Competition Commission set out over a year ago as compensation especially for the community print as a result of the advertising cabal has not in any  way reached community print.
As a solution to our continuing challenges we propose the following:

1. MDDA provides the emergency fund to all AIP member publications.

2. The Presidency must mandate all government departments to spend at least 30% of their  advertising on community media.

3. The money that the Competition Commission fined mainstream media on the advertising  irregularities must be made available to community media especially community print and the AIP, with immediate effect.

4. The AIP as an NPO be allowed in the period of 2020 to issue section 18A certificates to

corporates that will be willing to make the donations to them.

5. The MDDA avails a budget to help NPOs in the media sector with some sort of relief.

6. That all relief measures afforded to SMMEs are extended to the NPOs such as the AIP.

7. The SETAs that are funding the sector on a project basis also work on a relief fund for NGOs that work with them.