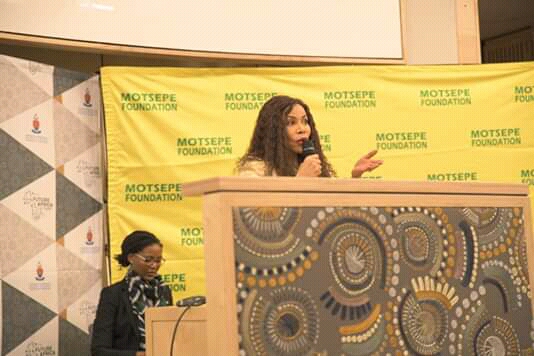 Dr. Motsepe said: “Many South Africans are poor, unemployed and feel marginalised and excluded from the economy. The Motsepe Foundation is honoured to work in partnership with the 33 Religious and Faith-Based Organisations that we have worked with over many years. There is a lot of outstanding talent and creativity within the Religious and Faith-Based Organisations and we are confident that our partnership will create thousands of sustainable jobs, instill hope and contribute to improving the living conditions and standards of living of many poor, unemployed and marginalised South Africans”.

Affiliated groups would be involved in selecting deserving individuals from their organisations to apply to the fund.  Each of the 33 religious and faith-based organisations will appoint two members to serve on the Advisory Council and one member on the Sustainable Job Creation Committee.

There will also be members who are experts and have experience in sustainable job creation, skills and training projects and partnerships, who will serve on the committee.

Applications for funding will  be screened and assessed by the committee who would then recommend deserving applications to the advisory council for consideration.

Funding would be open to people who are not members of religious groups and other donors would make donations to the fund.

“Opportunities to create sustainable jobs will also arise from collaboration and partnerships with private corporations, social entrepreneurs and individuals in other sectors and industries of the South African economy,” the Foundation announced.

Here are some of the organisations affiliated to the fund:

In 2011, then president Jacob Zuma launched a R9bn jobs fund. At the time, the government said it aimed to create 5-million jobs by 2020 and bring SA’s unemployment rate down to 15%. However, economic growth has underperformed, and the unemployment rate has increased since 2012.