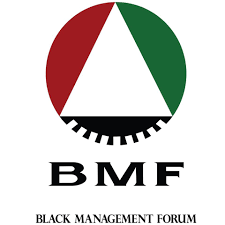 The Black Management Forum (the BMF) which is at the forefront of advocating and lobbying for transformation in Corporate South Africa is pleased with the appointment of Peggy-Sue Khumalo as the Chief Executive Officer of Standard Bank’s Wealth Division in South Africa. Ms Khumalo’s extensive background and experience in financial services and investments positioned her as the best choice for this role.

“We are pleased and excited about Ms Khumalo’s appointment. It is very gratifying and refreshing to see that there are still companies who regard transformation as a business imperative and continue to make concerted and deliberate efforts in ensuring that they advance transformation where it matters most, at executive level,” said the BMF President, Andile Nomlala.

“The BMF is encouraged by the transformation journey taken by Standard Bank. They have exhibited their seriousness about succession planning and respect for black talent and leadership. We need to continue to build a critical mass of black executives of Ms Khumalo’s calibre,” continued Nomlala.

The BMF extends its well wishes to Ms Khumalo and pledges its unwavering support to her as she ascends in her new role next year.