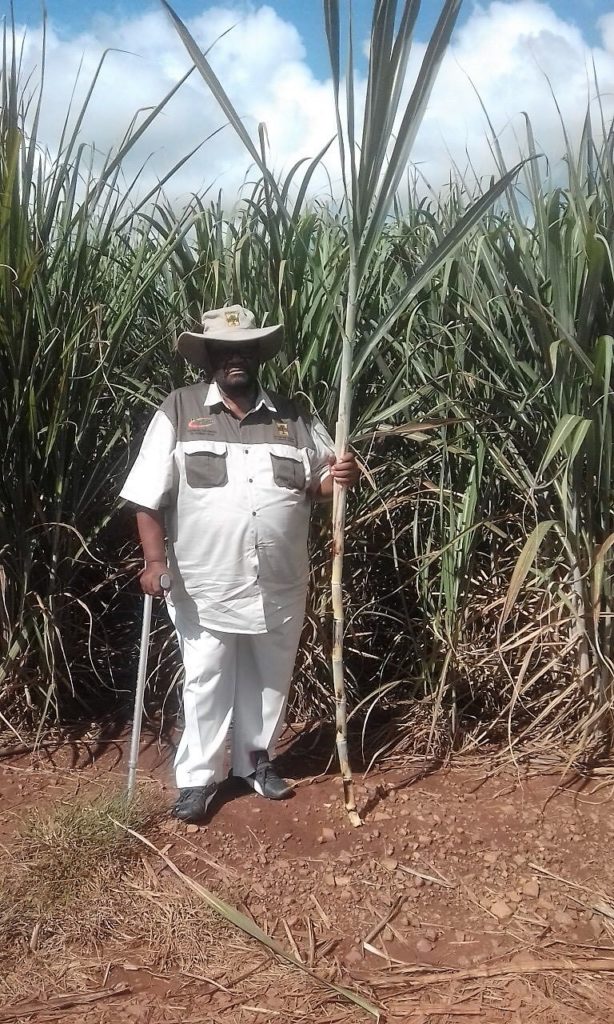 A KwaDukuza farmer is steadily using his agricultural knowledge and experience to change his community.

Bhekuyise Elias Magwaza, owner of Ngqobeni Farm, has committed himself to mentoring emerging sugarcane farmers in his area with the aim of seeing more black farmers succeed.

Although Magwaza started out as a driver transporting workers on a farm, his notable passion for agriculture landed him a supervisory position and he was promoted to assistant manager. After 25 years of loyal service, and garnering hands on experience, his employer motivated him to apply to Tongaat Hulett to acquire his own farm.

“My application was successful but I had no money to purchase resources to get the farm up and running. I applied to Ithala Development Finance Corporation for funding and I was able to get my farm. Ithala also regularly checked up on my progress.”

Magwaza’s vast experience and deep understanding of agriculture has resulted in him being called upon to offer guidance and assistance to other farmers.

“There are times when I spend more time helping others develop their farms than I do on my own farm but I have trained my employees extremely well so the work doesn’t come to a halt when I am not there.”

He co-founded a co-op called Thwalumthwalo which specialises in the harvesting and haulage of sugarcane and has created job opportunities for the people in his community. He currently employs 15 permanent staff including clerks, drivers and managers, and 60 seasonal workers.

“We bought a van for the manager and created a centralised office for our staff members. We divided the workload accordingly to maximise production. I was appointed as the financial officer for Thwalumthwalo and I also oversee human resource management. In addition to that I was assigned by the other co-op members to make regular site visits and assist with the sowing and harvesting process of the cane.”

Like many other farmers Magwaza was also negatively impacted by the 2015/2016 drought.

“The drought prompted me to have a borehole installed on the farm. It was important to do this because I know there will most likely be another drought in a few years and it’s important to anticipate such things.”

His efforts were recognised at this year’s prestigious Ithala Business Achievers Awards where he walked away with the Agriculture Business of the Year award after beating seven other finalists.

Themba Mathe, Ithala acting Group Chief Executive, said the awards were just one of the key ways the institution promotes economic participation by all South Africans.

“The Business Achievers Awards initiative complements government’s efforts to address the triple challenges of poverty, inequality and unemployment and achieve the goals set out in the National Development Plan through the implementation of radical socio-economic transformation.”

The Ithala Development Finance Corporation aims to be a catalyst for economic development and empowerment. As a committed responsible financial services provider, we offer financial and non-financial support to viable businesses to help them grow and advance, said Mathe.

Over the past three years, Ithala has loaned R878,6 million to nearly 700 businesses, creating over 8 000 jobs. Of these, 28% are women-owned businesses and young people comprise nearly 40% of those on Ithala’s loan book, which further re-affirms our commitment towards SMME’s and cooperative development, especially amongst the youth and women of this province

One thought on “Sugarcane farmer sweetens opportunities for his local community”