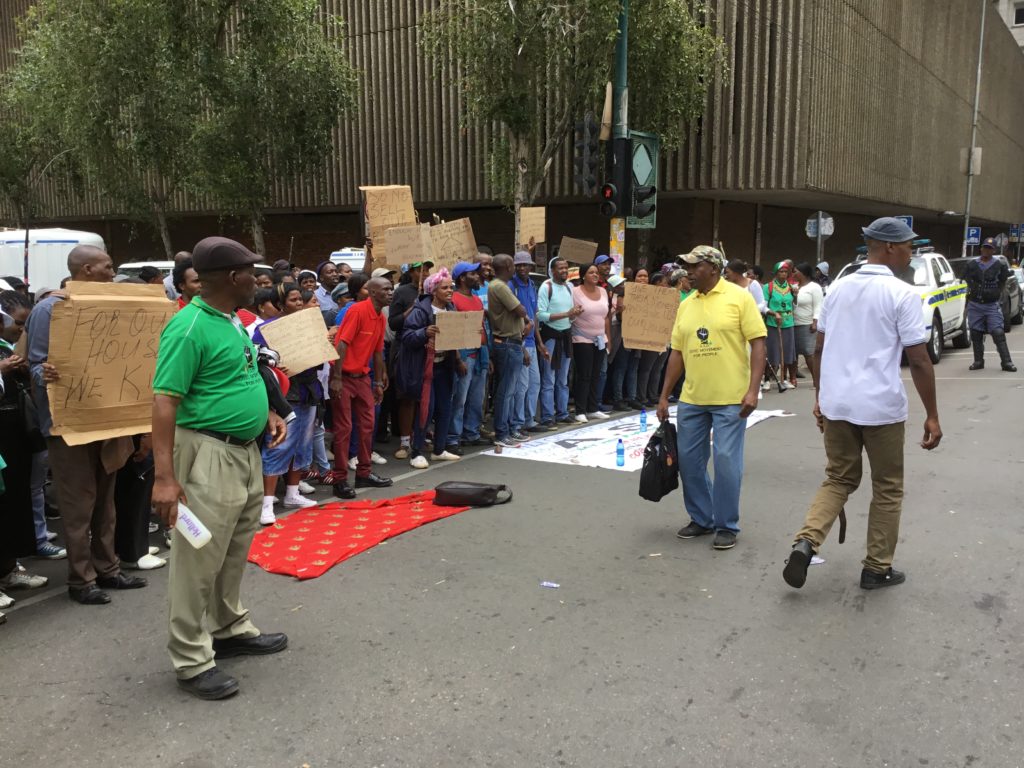 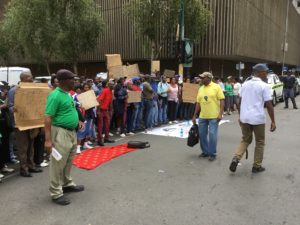 Do not sell our RDP houses! We are sick and tired of corruption!

These are some of the statements used by a group of protesters outside the Gauteng Legislature on Monday.  They converged to demonstrate their anger towards officials who they claim are selling their RDP houses.

Under the banner, Activists for Service Delivery (ASD) the group picketed for hours outside the Gauteng Legislature during the State of the Province Address (SOPA).

Bhekani Ntshangase, the Chairperson of ASD says their aim was to capture the attention of Premier David Makhura as their earlier attempts to communicate with relevant Ekurhuleni authorities had yielded no results.

“These people are here to picket because of lack of service delivery particularly regarding the provincial housing project in Albert Luthuli. They have applied 20 years ago and they have not moved into their houses because the officials are selling the houses,” says Ntshangase

Transform SA asked what they were hoping to achieve. “Our intention is to send a strong message to Premier Makhura to listen to us as he addresses the province,” said Ntshangase.