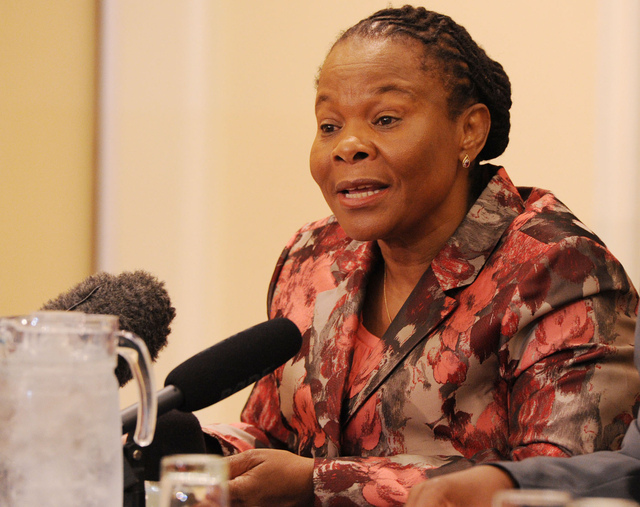 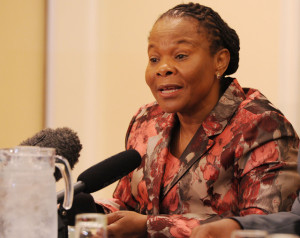 Minister in the Presidency responsible for Women, Susan Shabangu, is determined to advance the recruitment and retention of women into executive positions.

“Until we have as many women as men in executive positions both within the public service and the private sector, our work is nowhere near completed,” said Minister Shabangu.

The Minister was speaking at the PricewaterhouseCoopers breakfast conversation held in Sunninghill, Johannesburg, on Friday, to celebrate and commemorate Women’s Month.

Minister Shabangu said everywhere in society, whether it be in the private sector, in civil society organisations and in the public sector, women who are in executive positions still have to struggle against patriarchal norms and systematic obstacles.

“The ideal worker is still a strong man who is technically competent. He is attractive, has a family, and has his emotions under control. Women, on the other hand are perceived as emotional, dramatic, requiring mentorship, seeking publicity and almost always untrusted with independent executive decisions.

“Our other main challenge is that women’s voices within organisations are often constrained by internal operations. Not only are there penalties for publicly voicing opinions that differ from convention, major decisions are made by Executive Committees, which are predominantly male. This is how, in practice, women are limited by the structural relations of power and dominance within organisations,” the Minister said.

If the country is to end gendered oppressions, Minister Shabangu said women need to encourage and support each other, adding that true and meaningful social transformation can only occur as a result of platforms like the PricewaterhouseCoopers group has created.

She insisted that if the country has to envision change, society must also be able to imagine the total dismantling of the structures that maintain unjust gendered divisions.

“Our role as the Department of Women is to recognise this work, to support it, and to champion the struggle further. For this reason, the central goal of our work is to develop a language capable of describing gendered oppression. The consequences of silence on these matters are incomprehensible.

“The question that remains relevant for all of us is whether companies with women in executive positions really perform better than those run purely by men? The answer to this question is that it shouldn’t even be asked. Women’s access to executive positions should be on the basis of competence, in the same way that it is for men,” the Minister said.

Discussions on women’s access to executive positions is not just about having women in corporate boards for the sake of it, it is about women as executive directors involved in day-to-day operations of a business, she added.

She also acknowledged the increasing number of women in higher places, including the recent appointment of Judge Mandisa Maya as South Africa’s first female President of the Supreme Court of Appeal.

“We wish her well and success in this critical role in one of the three branches of our Constitutional Democracy. This should inspire young female law students, advocates and attorneys.”