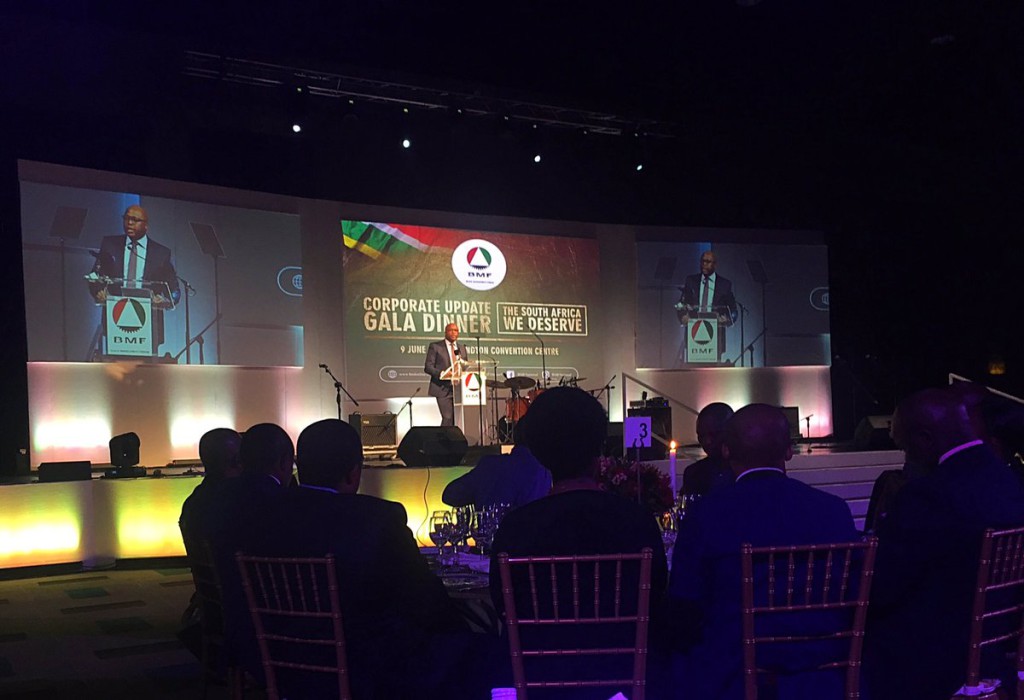 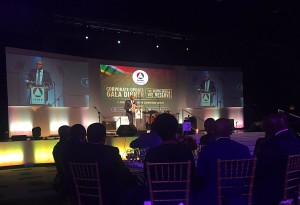 The Black Management Forum (BMF) hosted its corporate update dinner at the Sandton Convention Centre this past Friday. The keynote and special addresses were presented by finance minister, Malusi Gigaba and BMF past president, Nolitha Fakude, respectively. The event was well attended by professionals across different industries who came out in their numbers to get an update on black representation in corporate South Africa.

The South Africa we deserve was the theme and BMF president, Mncane Mthunzi got the proceedings underway with his opening address. Mthunzi did not waste time in bemoaning the lack of transformation in companies by lambasting corporate SA’s failure to implement the programme which was evident through the dismal black representation in companies. Mthunzi claimed there was a reversal of transformation itself, a claim backed by a trend in white individuals replacing black CEOs in companies. The Johannesburg Stock Exchange did not get sparred in Mthunzi’s scathing attack. “The JSE needs to actually delist companies that are not conforming to transformation,” he said.

Minister Gigaba urged black professionals to intensify the push towards radical economic transformation, which he said was vital to disrupt the current status quo. The minister defended cadre deployment, which had earlier been vilified by Mthunzi. “Perhaps it is not cadre deployment that is the problem, but it is some of the cadres deployed,” said Gigaba. The minister also stressed the need for a conversation in relations to getting out of the difficulties currently experienced in the country’s economy.

In her special address, Fakude stated that reflecting on the South Africa we deserve has never been this important. The past BMF president also voiced her concerns about the persistent gender-based violence which she believes also impacts on gender issues in the workplace. “How you treat your family members at home will be reflected in how you treat your co-workers,” she said. Fakude requested the BMF to go back to basics and not shy away from speaking out when leaders are failing in executing their duties.

Khandani Msibi, CEO of 3sixty Financial Services, a National Union of Metalworkers (NUMSA) investment company, also received a platform at the gala dinner. Msibi went to great lengths explaining the importance of black-owned companies playing a role in the South African financial services sector. Msibi said his company was black-owned and managed by a team of highly talented black individuals.