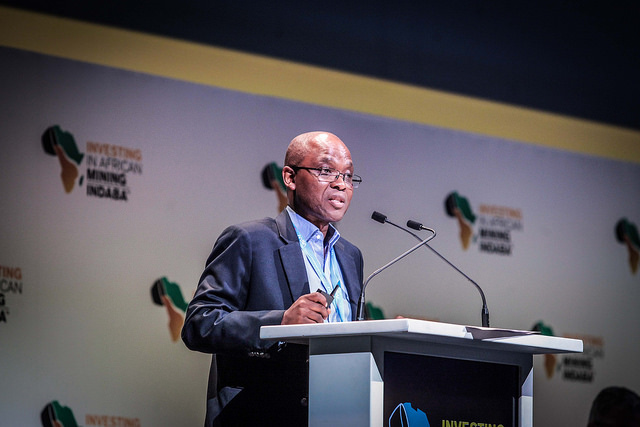 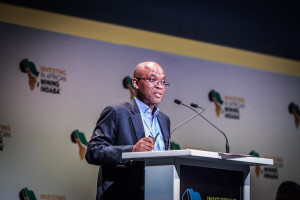 At the 127th Annual General Meeting of the Chamber of Mines, the Chamber members elected the new Office Bearers today for 2017/2018. The Chamber of Mines is the preeminent mining employers’ organisation and represents companies that produce around 90% of South Africa’s mineral production, by value.

Mr Mxolisi Mgojo, CEO of Exxaro Resources, was elected Chamber of Mines President. Mr Steve Phiri, CEO of Royal Bafokeng Platinum, was elected Vice President. Both Mr Andile Sangqu and Mr Neal Froneman were re-elected as Vice Presidents. Mr Roger Baxter, CEO of the Chamber of Mines said, “The Chamber Office Bearers play a crucial role in leading and representing the industry, and in providing strategic leadership guidance to the Chamber team. We welcome the new Office Bearers and look forward to their support and wise counsel in the year ahead.

For the 2017/18 period the Chamber members have agreed to expand the Office Bearer team by an extra member to support the Chamber in dealing with the key challenges in the environment that need addressing, hence an additional Vice-President role has been added. I am very confident that under the current leadership the Chamber will make further progress in its task of properly representing and assisting its members, and that it will continue to play an ever-increasing role in the development of South Africa’s mining industry for the benefit of all.

“On behalf of the Chamber of Mines and its members, I extend our sincere gratitude to outgoing President, Mr Mike Teke for his exemplary leadership of the Chamber and his invaluable contribution to the mining industry during extremely challenging times. His inspired leadership and firm belief that mining really matters for the growth,  transformation and development of South Africa has been instrumental to the industry’s drive to achieve growth and transformation and governance outcomes that are in the national interest. We wish him well in his new endeavours.”