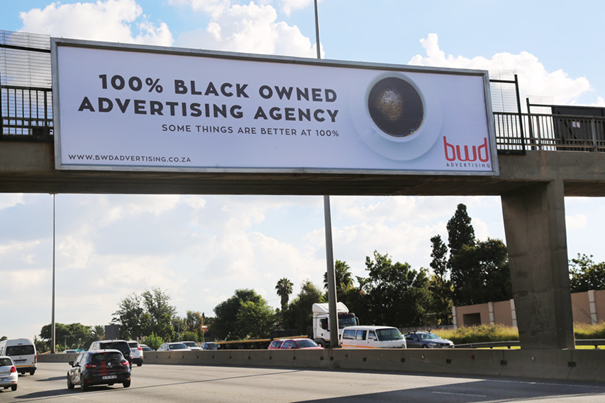 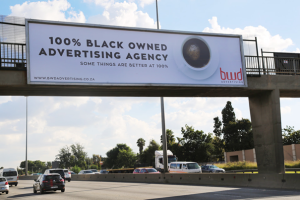 The Advertising Standards Authority (ASA) of South Africa has dismissed an allegation of racism against BWD Advertising’s billboard, which was situated on a footbridge spanning across the M1 South, approximately 1 kilometre north of the Marlboro Drive off-ramp. The complaint was lodged by a member of the public in February of this year. On 23 March 2017, the ASA Directorate dismissed the complaint, stating that the advertisement doesn’t impose any burden on any person or race and is therefore not in contravention of Clause 3.4 of Section II of the Code.

A billboard with the wording, “100% Black-Owned Advertising Agency. Some things are better at 100%.” with an image of a black cup of coffee, an advertisement placed by BWD Advertising, invoked a complaint by a member of the public in February 2017. Consequently, a complaint was lodged with the ASA, who then conducted an almost 2-month investigation into the matter.

Allegations of racism were dismissed by the Directorate, stating in the ruling that: “Transformation processes, such as B-BBEE, are the result of government policy and prescriptions and are aimed at improving the overall wealth and prosperity of those sectors of the community that did not previously have the means to create their own prosperity.”

In the official ASA ruling document, the Directorate continued that the advertisement clearly makes a hypothesis and is justifiable in terms of government’s B-BBEE policy. On these grounds, the complaint was dismissed as the billboard’s message was not infringing on any government or advertising laws. According to the ASA, BWD Advertising was merely exercising its right to broadcast an achievement and an “edge” it has in the advertising industry.

BWD Advertising is a full-service marketing agency that was established in 2006 by Bongani Gosa, who is the Founder and CEO. The billboard was placed to communicate BWD’s achievement as one of the very few South African advertising agencies that are 100% black owned, which honours the Broad-Based Black Economic Empowerment (B-BBEE) strategy. This mandate clearly calls for companies to increase the number of black people participating in the country’s economy to fight high unemployment rates and challenges imposed by the past.

Apart from employing ten full-time employees and giving five graduates the opportunity every year to gain work experience, BWD Advertising also contributes financially to the Each One Teach One Foundation. This foundation is a business mentorship initiative that helps accelerate the growth of entrepreneurs. The foundation gives small-business owners and entrepreneurs the opportunity to get face-to-face time with proven business specialists, enabling upcoming entrepreneurs and owners of SMMEs with expert advice and invaluable insights.

Regarding the incident, Bongani Gosa says that he is relieved that the ASA could clearly see his agency’s intention with the billboard – to celebrate, not affront. “I firmly believe in growing our country by empowering the youth. Only if they are mentored correctly, will they lead the country forward without racism and corruption, which is something that I promote passionately? No divided country can truly prosper.”

One thought on “ASA dismisses allegations of racism against BWD Advertising”