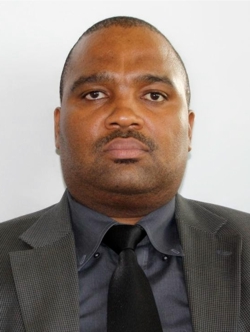 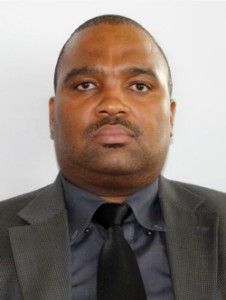 was elected as the new chairperson who will steer the Council for the next three years. This follows the expiry of the previous chairperson, Adv Johan Kruger’s term of office at the end of March 2017. He did not avail himself for re-election.

He is a proud NWU alumnus and is recognised as one of the leading nuclear power experts in the world. He has held the position of CEO of the National Nuclear Regulator of South Africa (NNRSA) since 2013 and plays a major role in various initiatives of the International Atomic Energy Agency (IAEA).

He currently serves in the IAEA’s International Advisory Committees on Nuclear Safety (INSAG), is the vice-chairperson of the International Nuclear Regulatory Cooperation Forum (RCF), and serves as the vice-chairperson of the Forum for Nuclear Regulatory Bodies in Africa (FNRBA), among others. Despite this international prominence, he has not forgotten his roots and retained strong contact with many former students who now work in the nuclear power industry in South Africa.

He obtained the degrees BSc (Ed) (1999) and MSc (2001) at the former University of North West and in 2004 another master’s degree in Nuclear Engineering at Penn State University in the USA.

In 2005 he obtained a master’s degree in project management at the Colorado Technical University in the USA and in 2007 his PhD in Nuclear Engineering at Penn State University.

Dr Tyobeka was honoured with an NWU Alumni Award of Excellence in 2013 for his personal and career achievements, in particular for his huge contribution to nuclear science across the world.

Prior to his appointment as CEO of the NNRSA, he worked as a nuclear engineer at the International Atomic Energy Agency in Austria (since 2008). From 2002 to 2007 he worked at the Penn State University as senior reactor physicist, and from 2000 to 2002 he held the same position at Eskom.

Dr Tyobeka has been author and co-author of several academic articles and has travelled all over the world to present papers at international academic conferences.

In his acceptance speech, Dr Tyobeka thanked the Council for the opportunity to serve the NWU and its communities and for the trust placed in him. He intends to build on the excellent work, cohesion and momentum of his predecessors. “I am under no illusion that it will be an easy task, but I am confident that with the cooperation of all members, and the shared commitment to see NWU succeed, we will make it happen. I look forward to walking the path with the NWU, and together we will be flying this institution’s flag high,” he says.

Adv Kruger has served as chairperson of the NWU Council since November 2014, and he has led the NWU through difficult times.

“The NWU’s new strategy and restructuring process has been a complicated and sensitive matter, but my term as chairperson was assuredly also one of the most enriching experiences of my life. The quality of the people with whom I worked and served, fills me with hope for the future of our country and our institution. That goes for all those involved: Council members, management (institutional and campuses), and also the academic and support staff. I also had the great privilege of dealing formally and informally with a wide variety of staff members and students. I will always cherish that. NWU, I salute you, you have made my task an easy one,” said Adv Kruger.

Several of Adv Kruger’s colleagues on the Council have praised him for his contribution:

“Council and the broader NWU community owe you a debt of gratitude for your stewardship. I cannot, for the life of me, imagine where we would be without your steadfast, firm, just and fair leadership of our Council.”

“You served the NWU Council with distinction. You are so flexible, but yet so firm. You are a good leader, listener – honest, balanced, sober and very fair. You became the chairperson at the critical time of transformation at our university. I’m going to miss your wisdom and outstanding good leadership.”

“Chair you came and steered this ship through extremely turbulent times, where you were called names, but because God was always with you, you came, you saw and you conquered. I will definitely miss all your leadership qualities. I wish you well in your future endeavours, may our Lord bless you abundantly, and preserve and protect you at all times.”

Prof Dan Kgwadi, vice-chancellor, says under the leadership and guidance of Dr Tyobeka, he is sure that the NWU Council will continue to govern the university in such a way that it will achieve even greater heights. Despite challenges, the NWU will remain one of the top universities in South Africa.”

Prof Kgwadi thanked Adv Kruger, on behalf of management, staff and students, for his guidance during his term as chairperson of the NWU Council.