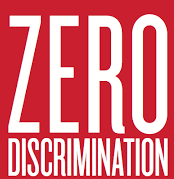 As soon as an employer considers an employee to be disabled, the employer must take steps to accommodate that employee unless this results in an unjustifiable hardship. In Smith v Kit Kat Group (Pty) Ltd (JS787/14) [2016] ZALCJHB 362 (23 September 2016), the employee sustained injuries during a failed suicide attempt. After being termed “cosmetically unacceptable” by his employer, the employee was prohibited from returning to work.

The employee tried to commit suicide during September 2013. Fortunately, he survived but tragically sustained severe facial injuries, which caused a minor speech impediment. The employer considered the employee to be “not facially acceptable” and “cosmetically unacceptable”.

From the date that he was released from hospital, the employee did everything in his power to try and resume his duties. Initially, it appeared as though he would be permitted to do so. However, as time progressed it became apparent that the employer had no intention of allowing him to return to work. Although the employer prohibited the employee from returning to work and resuming his duties, he was not dismissed. The employee was effectively left in limbo.

In terms of the Code, employers are obliged to reasonably accommodate the needs of people with disabilities. The only exception to this requirement, is when the reasonable accommodation may impose “unjustifiable hardship” on the business of the employer. During the accommodation process, an employer must, at the very least, consult the employee and establish what mechanisms may be implemented to accommodate the disability. The employer in the Smith case failed to do this.

It is clear from this judgment that the Labour Court considers a blatant failure to address the needs of a disabled employee in a very serious light. An employer’s obligations in terms of the EEA and the Code to accommodate employees who have disabilities, are disregarded at an employer’s own peril.