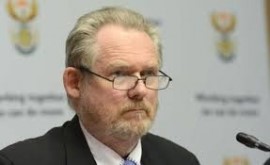 The Department of Trade and Industry has reopened applications for the Manufacturing Competitiveness Enhancement Programme (MCEP).

“The current reflows of the industrial financing loan facility allows for a reopening of another window for pre and post-dispatch working capital loans, limited to R50 million for each qualifying manufacturer at a fixed rate of 4% per annum.

“In addition, the facility will provide funding of up to R50 million for plant and equipment to all qualifying start-up and existing black Industrialists businesses at the same rate which is payable over a period of 84 months,” dti Minister Rob Davies said on Monday 19 October 2016.

MCEP was designed as an instrument to support enterprises in the production sectors of the economy soon after the onset of the global economic recession to weather adverse market conditions.

This was also to secure higher levels of investment, raise competitiveness and retain employment.

The Production Incentive was temporarily suspended in October 2015.

MCEP supported 1 153 entities to the value of R7.2 billion with acquisition of capital equipment and reengineering of business processes to improve their competitiveness under the Production Incentive, of which R4.1 billion has already been disbursed.

The programme leveraged approximately R30.8 billion in private sector investment and retained over 200 000 jobs across all priority sectors.

The Industrial financing loan facility which is administered by IDC, approved working capital loans to the value of R988 million of which 78% has been disbursed. A total of 1 553 jobs have been saved and 7 933 jobs have been created through this facility.