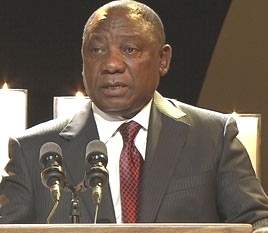 Addressing the audience during the SA Premier Business Awards at the Sandton Convention Centre, Ramaphosa revealed that during the 2014 financial year, 236 enterprises were approved for funding with a total grant value of R1bn.

Ramphosa said: “We are equally pleased with the impact of our interventions in agri-processing and biofuels, capital equipment, plastics, pharmaceuticals and cosmetics, clothing and textiles, and business process services.”

MCE is part of the Industrial Policy Action Plan (IPAP), a three-year rolling plan which would be launching its next stage in the next few weeks, identifies new opportunities and introduces support measures to grow prioritised sectors. It focuses on the potential of Special Economic Zones to advance regional industrialisation by clustering manufacturers that add value and enhance employment.

Since 2009, nearly R14bn has been invested in new automotive and components plants, supporting more than 56 000 jobs.