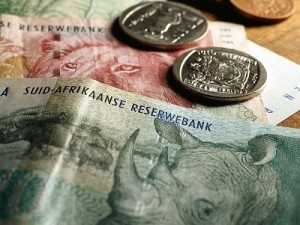 National Empowerment Fund (NEF), the government agency set up to provide capital for black economic empowerment transactions, has contributed almost R700-million toward economic transformation in the country since its formation in 1998, while its capital reserves now stand at about R3.5-billion.

NEF chief investment officer Frencel Gillion told members of Parliament in October 2007 that that NEF approvals now exceeded R500-million. Using two funds – the iMbewu Fund and the Corporate Fund – Gillion said that by the end of March 2007, the agency had a total approved investment portfolio of 102 transactions worth R692-million.

This would ensure the creation of 3 000 new jobs, he said, while 6 000 existing jobs would be supported.

The agency’s main investment areas are construction, information and communication technology and media, and food and agro-processing.

NEF chief executive Philisiwe Buthelezi said in the agency’s latest annual report that, in the financial year to March 2007, the NEF had grown its capital reserves from R2-billion to R3.5-billion, largely because of additional trust capital of R500-million from the Department of Trade and Industry.

The fund was thus fulfilling its mandate, Buthelezi said, “by bridging the divide from the second to the first economy for black-owned enterprises, and in introducing black investors into higher investment classes in the economy”.

The scheme, which operated between July and August 2007, saw investors receiving a 20% discount on the actual share price of MTN. With the initial 10.04-million MTN shares – worth some R1.14-billion – being oversubscribed by 13%, the NEF decided to allocate a further 1.4-million shares.

To encourage meaningful economic participation and prevent rapid sale of the discounted shares, the NEF said that black investors who hold the shares for the full 24-month investment period would receive one bonus share for every 10 MTN shares held.

Low to medium-risk investments
The agency’s review of the first quarter of the year showed that 74% of the fund’s total investment portfolio was used to fund black empowerment purchases of equity in white-owned companies, while the other 26% was disbursed in the form of loan funding.

Of those deals, 80% by number were worth under R5-million per transaction. Seventy-seven percent of the NEF’s investments are considered to fall between the low to medium risk category.

The NEF also places an emphasis on the development of female entrepreneurs, devoting 38% of the fund to financing women-owned business ventures.

“We are especially pleased with the results achieved in the black men and women participation statistics, as well as the leveraging of NEF capital against funding sourced from the private sector,” Buthelezi said in the report.