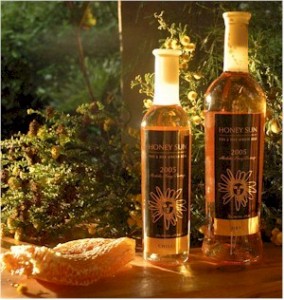 Dr Garth Cambray, managing director of Makana Meadery in Grahamstown, is another brand ambassador in the Eastern Cape with a local approach and global vision.

Like the name suggests, his company makes wine from fermented honey, also known as mead, which is the oldest known fermented beverage on earth and was invented in Africa 20 000 years ago.

Founded in 2001 with only 15 employees, the meadery now produces up to 15 000 bottles of the drink a year, as well as stocks of mead vinegar, honey mead mustard, conventional honey and honey-based jams and marmalades.

Cambray has also established a similar facility in the US, which produces 66 000 bottles of award-winning mead a year that’s sold across 38 states.

But he’s making sure that the benefits of the innovation remain right where mead first came from.

Through several empowerment initiatives, Makana Meadery has trained over 400 unemployed people – some as far away as the Congo – to keep bees, without which mead would never exist, and sell their honey for profit.

The meadery has also helped develop the local economy of Grahamstown by ensuring that previously disadvantaged residents have a 50% stake in the venture.

“In terms of the global growth of the mead industry, we’re seeing that more and more brands are available – so with that, there is an increased availability of the mead product. This is growing our local brand too. We just have to help other people make mead – like we do in the US – and they grow our brand for us. It’s a very non-aggressive marketing style, but it works. It’s all about ubuntu.”

Gold was the first resource in South Africa which made the country globally competitive – the next will be the “gold in our biodiversity”, Cambray said, “and the things that symbolise this are our bees and the beverage they help produce.”