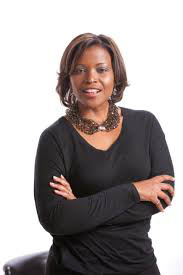 Though South African films or those at least directed by South African movie directors have scooped the Holy Grail of the movie industry, the Oscars or earned nominations, in all fairness, local film makers still have a lot to learn to be globally competitive.

Lineo Sekeleoane, one of the emerging film makers who is participating at the 68th Annual Cannes International Film Festival as this article is being posted online, acknowledges this fact.

Sekoloane says mingling with the who’s who of the film industry at Cannes has made realise that local film makers should aim higher and explore foreign markets. Coming from a South African Film and Television Awards-nominated producer with over 20 productions to her name, this observation should carry some weight.

The sole owner of Luju Pictures and Productions, Sekeleoane says she is looking for agencies who can assist in packaging and distribution especially in the USA and some parts of Africa. “Direct distribution of films is very key in our industry and this is the right platform to engage agencies.”

Sekoloane received financial support from the Department of Trade and Industry’s (the dti) Export Marketing and Investment Assistance Scheme (EMIA).

Sky is the only limit for this young assertive woman! Why should she be apologetic for being ambitious?