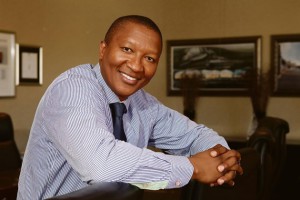 Analysts had exhausted superlatives in praising the birth of what was expected to be the country’s first black owned property ‘monster’. Unfortunately, it has been put on ice.

When Transform SA heard it through the grapevine that the three-way merger involving Delta and Rebosis property funds with Ascension Properties had stalled, it called the offices of two organisations involved to confirm and, shockingly, it turned out to be true.

Both Sandile Nomvete and Sisa Ngebulana, the CEOs of the listed Delta and Rebosis property funds respectively aptly said the venture “not currently opportune”. They were noncommittal to admitting that the highly anticipated deal had failed, preferring to say it had been ‘put on hold”.

When pressed to comment, Nomvete said: “The due diligences were concluded to all parties’ satisfaction, but the timing of the merger proved inopportune, especially as the listing of Delta International and our opportunities within this fund drew closer.”

He added that the fair explanation would be to say that the negotiations had been “shelved, not cancelled”.“When the time is right, Rebosis and Delta will initiate this conversation again.”

On his part, Ngebulana explained: “Our funds have mutually grown enormously into large businesses of over R7 billion each, and continue to see numerous activities during the merger talks that make it difficult in the short term to consummate anything. It remains an aspiration in the long term.”