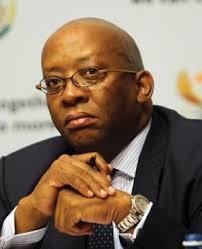 Oupa Magashula, the Commissioner of the SA Revenue Service (SARS), has stepped down following the outcomes of a probe into allegations that he offered a job to a Chartered Accountant at SARS.

Announcing the findings of a judicial fact-finding inquiry at an urgent press conference on Friday 12 July, Finance Minister Pravin Gordhan said that Magashula resigned with immediate effect, following findings that his actions placed the credibility and integrity of SARS at risk.

Gordhan’s announcement comes after he appointed a commission of inquiry in March, chaired by retired Constitutional Court judge Justice Zak Yacoob, to probe whether Magashula’s actions breached any of SARS’s processes or good governance.

“The key findings are that Magashula had by his conduct placed the reputation of SARS at risk; was much less frank with the committee than the committee would have expected of the person who had the integrity essential to his position.”

In March, City Press reported that Magashula appeared to offer a job to a chartered accountant in a telephone conversation using a mobile phone belonging to convicted drug dealer Timothy Marimuthu.

The conversation was recorded, with the transcript being published in the Sunday newspaper.

Despite the job offer, the woman never joined SARS.

Following this, Gordhan instituted the probe to also ascertain if the SARS recruitment processes had also been compromised.

Gordhan said on Friday: “This caused [me] to make an incorrect statement to the public with regards to the chartered accountant’s CV not having been sent to SARS…

“[Magashula] interacted with Marimuthu more times than he had initially admitted to [me] and the committee.”
Gordhan said he had accepted Magashula’s resignation and that it could not be established if Magashula committed a crime.

Gordhan said the SARS’s deputy commissioner, Ivan Pillay, would act as the SARS commissioner until the post has been filled.

He said the incident was regrettable, and that he would appoint a committee to review SARS’s governance and ethical standards, and that he will ask the public to review the committee’s work to ensure high integrity standards are maintained at SARS.

“The South African Revenue Service is one of the key pillars of our fiscal order and therefore, our democratic dispensation. It is an institution whose very foundations are built on the trust and credibility that the SA Tax payers has in it. It is therefore critical those to whom the stewardship of this vital fiscal institution is entrusted conduct themselves, during and after working hours, in a manner that ensures that they are above question,” Gordhan said.