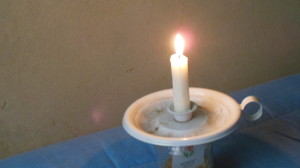 There will be no load shedding as a result of delays at the Medupi power plant, said Eskom.

The utility said it had also made progress in the introduction of renewable energy to the grid.

Dames was speaking on Wednesday 10 July at the release of the utility’s financial results.

The parastatal on Monday 8 July announced delays at the coal-fired Medupi plant in Limpopo. The first unit of the plant was supposed to start generating first power in December 2013. It was announced on Monday that the first unit would only generate power in the second half of 2014.

The utility is facing a R225 billion shortfall after receiving an 8% annual tariff increase over a five-year period from the National Energy Regulator of South Africa (NERSA). The utility had applied for a 16% tariff hike.

“If you look at the regulator’s decision, [R34 billion of the R225 billion shortfall] will be in the first two years. The majority of that is in the other three years,” said Dames.

He said the utility had no intention to approach the regulator for these two years.

“In that regard, we are comfortable that we have a clear game plan in place for the first two years. And a lot of work will have to be done. We have no intention to go to the regulator and have a tariff discussion within the next two years,” he said.

Eskom also made progress in the introduction of renewable energy to the grid. At the end of March 2013, Eskom had contracted a total capacity of 1 135 MW from Independent Power Producers.

Eskom also saw the resignation of Paul O’Flaherty, the utility’s finance director and head of group capital. He resigned in November 2012.

“Paul has made an enormous contribution to Eskom since he joined us in 2010,” said Dames on O’Flaherty’s last day at Eskom.