An Anti-Corruption Bureau (ACB) to deal with corruption in the public service is to be launched, Public Service and Administration Minister Lindiwe Sisulu announced today. 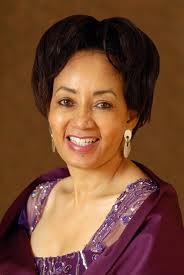 According to Sisulu, once established, the Anti-Corruption Bureau will deal with corruption at all levels of government.
Speaking at the New Age Breakfast, Sisulu said the ACB will put paid to the mobile corrupt employee who will be charged with corruption in one province, resign before the case is heard, move to another province or local government to find employment and carry on with corrupt activity.
“We have identified this important loophole and have put a stop to it, because we will now have one central data base that will help us contain this abuse of an existing loophole,” she said.
Sisulu said in line with the anti-corruption drive, a decision has been taken that no corrupt public servant will be allowed to do business with government.
This, according to Sisulu is to ensure that an environment of corrupt practices is not created or exist.
Sisulu said corruption exists at two levels, first at the level of direct bribery of officials and the second at procurement processes.
“Bribery of officials normally involves all of us, all of society and invariably it involves the frontline public servants and especially law enforcement public servants,” she said.
“Our message to our citizens is very clear that offering and paying a bribe is corrupt practice and it is illegal and it carries a heavy penalty. Do not bribe a policeman, a traffic officer or a public servant, because if you do, you are not only encouraging corrupt activity, you are committing a crime,” Sisulu said.
Sisulu called on members of the public to report an officer or public servant who requests or demands a bribe.
The Department of Public Service and Administration will spend the next three months explaining to the public how to report corruption.